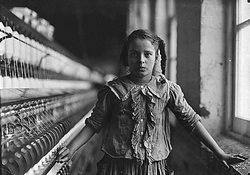 
TASK 1: Visit the ABC-CLIO database and read “The Factory System Arises” and answer the following:


TASK 2: Run Your Own Cotton Mill


Some entrepreneurs made fortunes from the new cotton industry, but many of the factory start-ups went bust. Success depended on a variety of factors, which you will encounter as you play the game located at the following link. Play the game and record  the decisions you made along the way. Were you a success? Write down the result below:

TASK 3: Run Your Own City

In 'Muck and Brass' you will have to imagine you are running a city at the height of the Industrial Revolution, and make choices regarding the welfare of your workforce and the prosperity of your business. How ready is your conscience for the realities of Victorian Britain? Play the game and record  the decisions you made along the way. Were you a success? Write down the result below:

TASK 4: Visit the ABC-CLIO database and read “The Necessary Tools” and answer the following:


TASK 5: Visit the ABC CLIO database and read “Railroad and Steamships” and complete the following;

1. Write a one paragraph summary (minimum 7 sentences) that answers the following question: In what ways did Railroads and Steamships revolutionize transportation?

TASK 6:  Visit http://industrialrevolution.sea.ca/impact.html and read the section “Fundamental Shift in Social Structure” and answer the following:

COMPLETE TASK 7 Using the link below

TASK 7: Visit http://industrialrevolution.sea.ca/impact.html and complete the chart on the last page of your WebQuest Log.